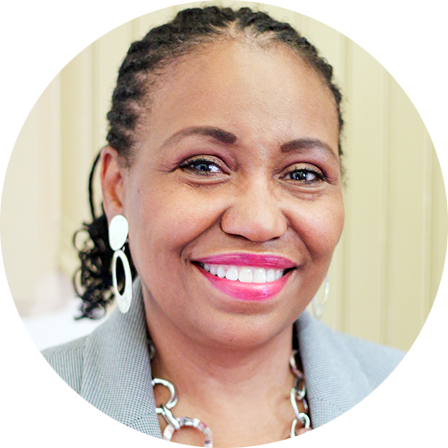 Rev. Dr. Lucretia R. Facen is an ordained Elder in the North Texas Annual Conference of the United Methodist Church.  Dr. Facen received her undergraduate degree in Education in 1983 from the University of North Texas.  She also received a Master of Science degree in Speech-Language Pathology in 1985 from the same university. Dr. Facen worked as a Speech-Language Pathologist for several years before responding to God’s call to ministry in 1997.  She completed her seminary training at Perkins School of Theology, Southern Methodist University and received the Master of Divinity degree in May 2001. While at SMU, Rev. Facen received the Robert Weatherford Award for Excellence in Preaching. She received the Doctor of Ministry degree from United Theological Seminary in Dayton, Ohio, in May 2018. Dr. Facen is a Perkins Center For Preaching Excellence ARKLATEX Preaching Fellow.

Dr. Facen believes God has called her to minister to the Body of Christ in the following areas:

Dr. Facen served as Senior Pastor of Jubilee United Methodist Church in Duncanville, Texas from June 2001 to June 2007. She was appointed to Hamilton Park United Methodist Church in Dallas, Texas in July 2007 where she served as Pastor of Worship and Welcoming Ministries. She also worked with young adult, hospitality and women’s ministries. Dr. Facen has recently served as Senior Pastor of New World United Methodist Church in Garland, Texas, a cross-racial appointment. Within the North Texas Conference of the UMC she served on the Nominations Committee, as Trustee for the Metro District, the District Committee on Ministry, and Chair of the African American Clergy Fellowship. She currently serves on the Committee on Investigations and the Board of Ordained Ministry. Dr. Facen serves as a mentor for local pastors in the North Texas Conference and has served as a mentor for student interns from Perkins School of Theology, SMU.

Dr. Facen is married to Rev. Don Robinson, her partner in life and in ministry. Their blended family includes five adult children and eight grandchildren.

Rev. Dr. Lucretia Facen is the daughter of  Rev. W. Ann Facen, former pastor of Willow Street Christian Church in Hannibal Missouri, and Rev. Lloyd B. Facen, former pastor of Warren Avenue Christian Church, in Dallas, Texas. Although both of her parents have gone on to be with the Lord, her preaching is deeply influenced by their legacy of love for God’s word and God’s people.

We use cookies on our website to give you the most relevant experience by remembering your preferences and repeat visits. By clicking “Accept All”, you consent to the use of ALL the cookies. However, you may visit "Cookie Settings" to provide a controlled consent.
Cookie SettingsAccept All
Manage consent

This website uses cookies to improve your experience while you navigate through the website. Out of these, the cookies that are categorized as necessary are stored on your browser as they are essential for the working of basic functionalities of the website. We also use third-party cookies that help us analyze and understand how you use this website. These cookies will be stored in your browser only with your consent. You also have the option to opt-out of these cookies. But opting out of some of these cookies may affect your browsing experience.
Necessary Always Enabled
Necessary cookies are absolutely essential for the website to function properly. These cookies ensure basic functionalities and security features of the website, anonymously.
Functional
Functional cookies help to perform certain functionalities like sharing the content of the website on social media platforms, collect feedbacks, and other third-party features.
Performance
Performance cookies are used to understand and analyze the key performance indexes of the website which helps in delivering a better user experience for the visitors.
Analytics
Analytical cookies are used to understand how visitors interact with the website. These cookies help provide information on metrics the number of visitors, bounce rate, traffic source, etc.
Advertisement
Advertisement cookies are used to provide visitors with relevant ads and marketing campaigns. These cookies track visitors across websites and collect information to provide customized ads.
Others
Other uncategorized cookies are those that are being analyzed and have not been classified into a category as yet.
SAVE & ACCEPT